Towards the end of 2010, the universities that today comprise INUAS decided to expand their international and administrative collaborative efforts. This increased networking led to the founding of INUAS in 2011 in Vienna. 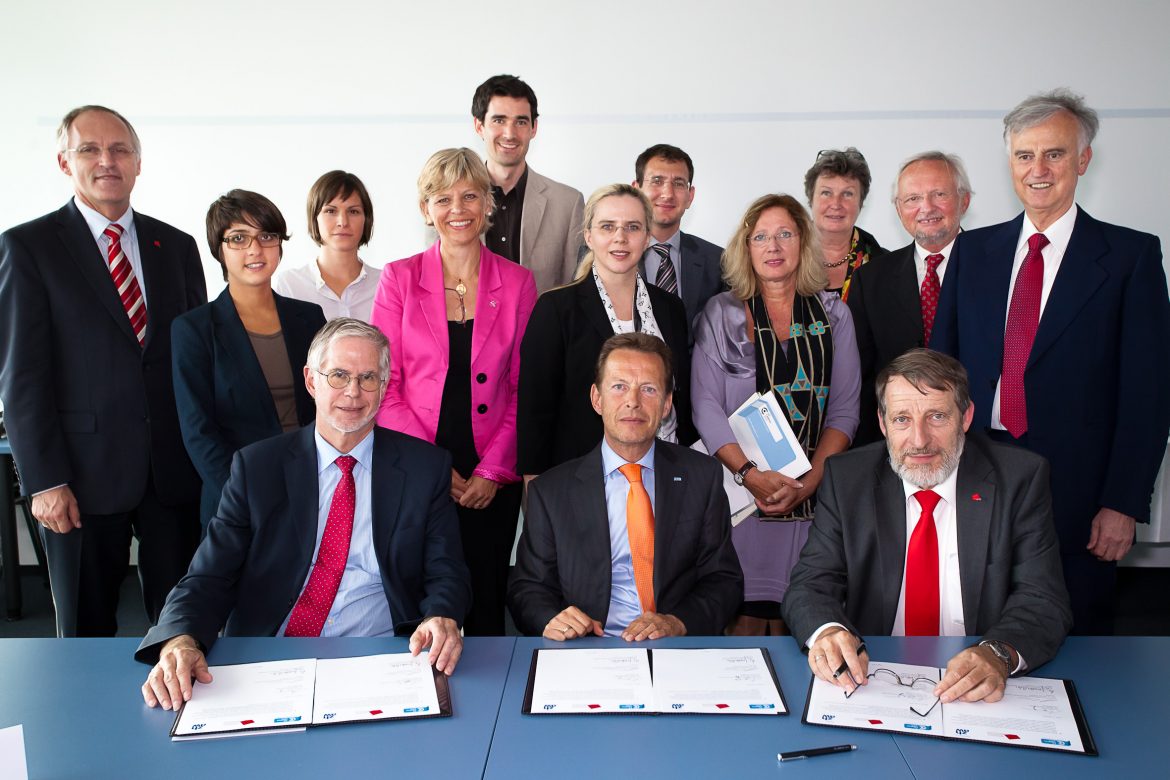 Signing of the Memorandum of Understanding in 2011 © FH Campus Wien

Collaboration between Munich, Vienna, and Zurich began in 2004. Towards the end of 2010, we decided to expand our international and administrative collaborative efforts. This increased networking led to the founding of INUAS in 2011 in Vienna. The network’s aims and intended activities were laid out in a memorandum of understanding for this strategic, trilateral cooperative relationship.

The founding of INUAS created the overarching framework for further cooperation and the implementation of shared, strategically oriented projects. Initially university members representing a variety of areas and disciplines met to engage in cross-border exchanges of experience and knowledge. This exchange resulted in the design of many successful event series, such as ZHAW’s “Challenges in Interprofessional Health and Social Care” Winter School, which took place for the fourth time in 2019, and the Health Expert Workshop, which took place for the fifth time in May 2018.

The 2015 decision to focus on “Urban and Regional Quality of Life” played a part in expanding INUAS’ role as a university network beyond the original emphasis on higher education teaching and academic research to include member universities’ efforts to provide common answers to the most pressing questions faced by their home regions.